Before you embark on your Bangkok walking tours, it is imperative that you first gather painstaking understanding of this time-honored Asian city.

Unlike other pieces that simply list the top scenes and sights that ought you to tour while visiting a given exotic destination, this article thoroughly explores the history of Thailand’s capital with the help of sparking a genuine curiosity in this globally popular metropolis and perhaps motivate you to call in there for Bangkok walking tours.

Bangkok size, population & in the pass 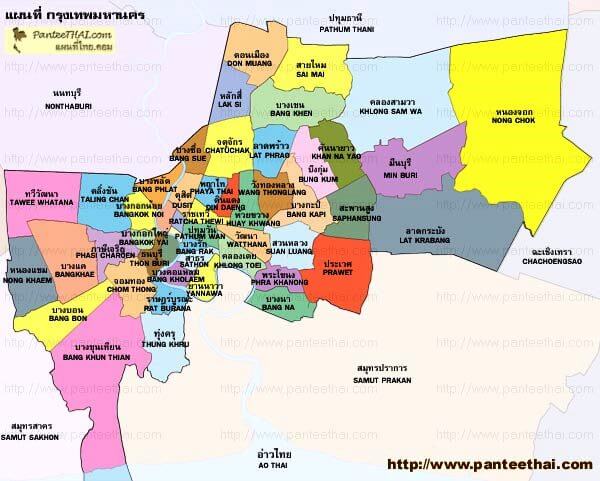 Bangkok is Thailand’s most populous city and the country’s capital. The city stretches over 605 square miles and has a population of 8 million people -representing about 12% of Thailand’s population. The city towers over other local metropolises and traces its origins to a small trading center established in the 15th century by the Ayutthaya Kingdom.

Later 1782, Bangkok was renounce as a capital city and rule by the King Rama I. The center of the Kingdom is in the old city area inside the Grand Palace which is near to the River of the King or Chaophrarya River. 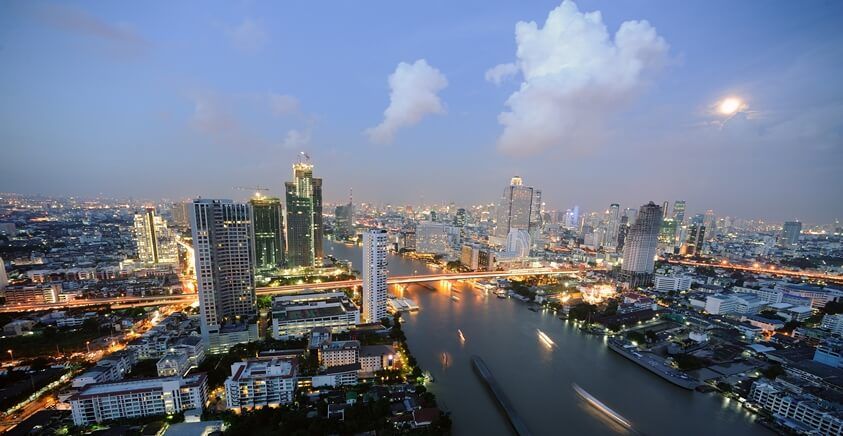 In the old city, there are temples, royal office administrators, museum , palaces , monument and markets. The life of people in 1700s, 1800s till mid of 1900s was slow living style , had not much changed, there go slow by walking , elephants ride, and  boat ride. Less interact with the outsider people. So the old city area is still interesting to see the architecture and heritage.

As a result of the Asian investment boom of the 1980s and 1990s, many multinationals set up their operational headquarters in Bangkok. Now a key financial and business force in the region and beyond, the conurbation is globally renowned for its vibrant street life and cultural landmarks. 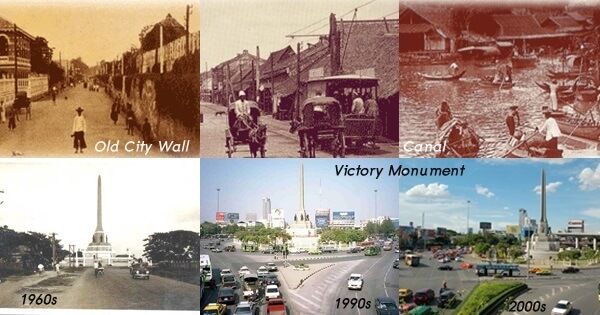 However, Bangkok’s poor city planning amidst rapid urbanization resulted in a haphazard cityscape and wanting infrastructural facilities. This led to the infamous widespread pollution that rocked the city in the 1990s.

Bangkok’s economy expanded majorly because of its trade ties with regional and international partners, China being the leading trading ally. The international business hub did not have a formal administration until 1906. 1915, the capital underwent further demarcation and was split into several administrative divisions. It is the Bangkok Metropolitan Administration (BMA) that gave the metropolis, its current shape and fame by bringing into force a retinue of rigorous administrative and municipal statutes.

Unlike other provinces in Thailand, Bangkok is run by popularly elected governors for a term of four years. The governor is assisted by four deputies who form an executive body that implements certain governmental policies initiated by the BMA. Each of the fifty districts further elected councilors who meet to form the Bangkok Metropolitan Council, which acts as the BMA’s legislative council.

The city of Bangkok’s seal features Indra (a Hindu god) holding his weapon and soaring in the clouds on a white elephant. It is the seat of all the national government branches and all the principal courts are found here. The two de facto residences of the king, the Grand Palace and Chitralada Villa, are also located in the capital.

Bangkok is located in the Chao Phraya River delta in the country’s central plains. The river southwardly meanders through the conurbation and empties into the Gulf of Thailand. It is a generally low-lying area with an elevation of about 1.5 meters above sea level. The area’s geology is chiefly characterized by layers of the soft Bangkok clay, also known as marine clay. Just like other regions in Thailand, Bangkok has a tropical savanna climate, according to the Köppen climate classification.

Although not as urbanized as world’s leading cities such as London and New York, Bangkok’s top five-stars hold their best against the grandest hotels on earth. Lebua at State Tower leads the pack of other top Bangkok hotels – located on Bang Rak and near the mighty Chao Phraya River and Silom business district. Other globally top-ranked hotels in the city include Shangri-La Hotel, the Sukhothai hotel, and the Banyan Tree Bangkok. These top-cadre amenities top the itineraries of high-raking tourists out on Bangkok walking tours. 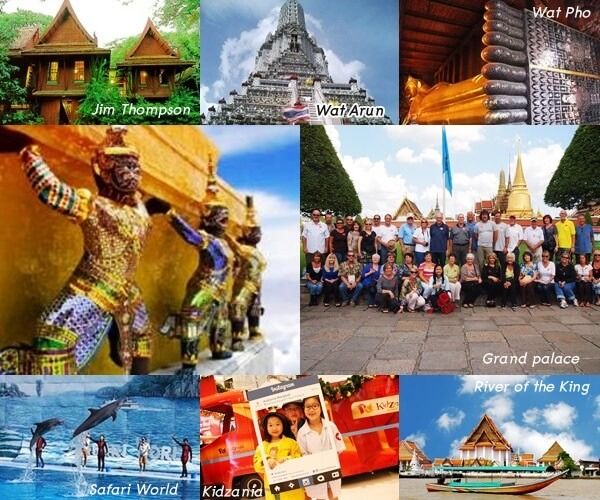 What Attract people to Bangkok ?

Because of its numerous tourist attractions, Bangkok also receives millions of sightseers from all over the world. Some of the leading sightseeing sites in Bangkok include the Grand Palace (a prominent former royal residence), the Wat Phra Kaew (a famous Buddhist temple), and the much-talked-about Jim Thompson House which is widely regarded as an American’s honor to Thai architectural designs.

In conclusion, people visiting Bangkok for walking tours literally has more than they can fully explore. Nonetheless, because it is virtually impossible to tour all the noteworthy spots on your own, it is prudent to enlist the assistance of experienced local guides while rummaging through the streets and alleys this age-old cornucopia. 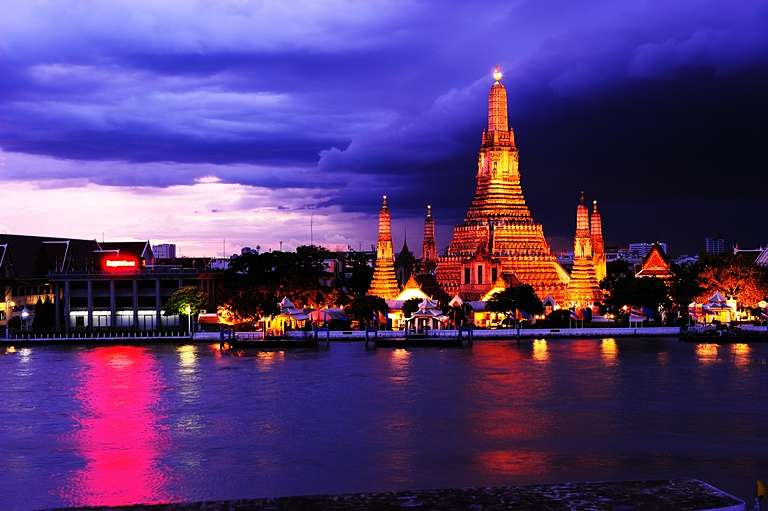 For instance, there are several agencies that provide honest and sufficiently trained tourist guides at reasonable prices. Coupled with your theoretical knowledge of the city’s history and present factual details, these professional escorts will make your Bangkok walking tours the pleasurable and unforgettable travel experience of your entire lifetime.

Where is  Bangnamphung ? Bangnamphung is a small village located in district of Prapradeang in Samootprakarn province. It may sound like very far away. In fact, it is very close to Bangkok. Visitors can get there by cab or a use sky train to connect with local...

Why CNN Choose Bangkok street food, the best in 2017?

BANGKOK FOOD TOURS – Self Tour VS Group Tour ?  Thai food is renounce as one of the most famous food of the world. Why Thai Foods become famous?   . . . . It could be a number of reasons why Thai foods become famous such as …. Good taste Thai restaurant is everywhere,...

Bangkok walking tour near the river

Guided Walking Tours in Bangkok Chinatown written by: marshd & Eng In order to explore the hidden culture, communities and crafts of Bangkok Chinatown, it becomes necessary to find out a provider of guided walking tours in this capital city of Thailand. Why guided...